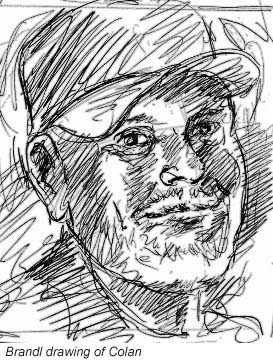 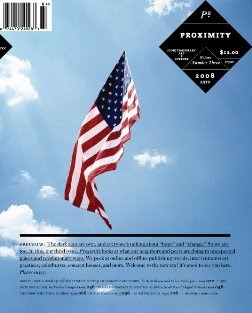 End of Part 1, to be continued next issue.
Posted by Mark Staff Brandl at 5:19 PM No comments: 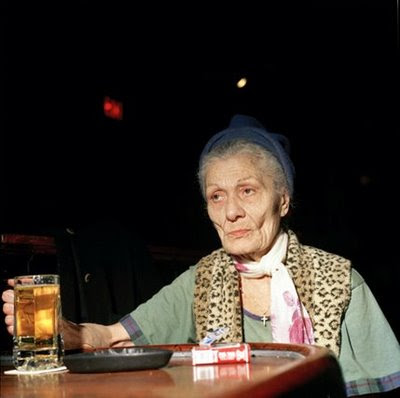 As Lisa Hunter, the Intrepid Art Collector reports, "here's a treat for serious collectors: Juliana Beasley, heir apparent to Toulouse-Lautrec, is having a holiday print sale. She's selling four images from her series "Last Stop: Rockaway Park" in a nice size (18x18) for $250 to $300.

These images were shown at Freize and are in the collection of the Victoria and Albert Museum. But you don't need to read her CV to know that Beasley's the real deal. This holiday edition is limited to 15 prints, so don't dawdle."

The image is "Leopard Lady" by Juliana Beasley.
See her website for more images.
Posted by Mark Staff Brandl at 10:31 PM No comments:

A super short (2 min. 35 sec.) TV video clip of the exhibition "Out of Sequence: Under Represented Voices in American Comics," which is on exhibition at the University of Illinois' Krannert Art Museum. This video tours the exhibition with its co-curators, Professor John Jennings and PhD candidate Damian Duffy. Mark Staff Brandl's corner Panels painting-installation and Covers paintings in the spinner rack are prominently featured.
https://youtu.be/e_CFzxdRv7k
Posted by Mark Staff Brandl at 7:47 PM No comments: 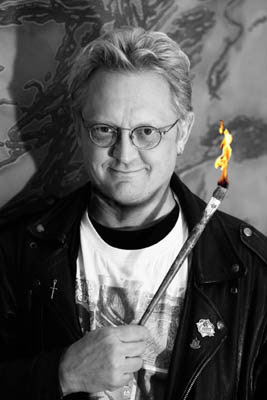 
The EuroShark is interviewed on the award-winning podcast website Bad at Sports! Episode 170: Mark Staff Brandl. As they write on their blog, "Duncan "the fieldmouse" MacKenzie interviews Mark "The EuroShark" Staff Brandl, theorist, writer, professor, artist, and contributor to Art in America, Sharkforum and Bad at Sports."

Go on over, listen streaming or download the mp3 and listen to it on your iPod. Then join in the discussion! Link: click here!