In the "I told you so" department, an article by Andy McSmith in The Independant, including the list of the top 100 most powerful people in the artworld.

"If you want clout in the art world in these recessionary times, you are better off putting pen to paper as a curator than paintbrush to canvas as a jobbing artist."

God bless Jerry Saltz, for calling it out when being interviewed by Irving Sandler for The Brooklyn Rail:
"The same sixteen curators assemble all the shows all over the world, showing the same sixteen artists. It’s horrible and frustrating. If you’re not on the circuit you can’t get in the circuit. That’s bad. I see a lot of mid-career artists who have done something for years get passed over for a much younger artist doing essentially the same thing. I see younger artists getting passed over simply because another curator hasn’t given them the stamp of approval."

I think it is a continuing cycle.....the next top movers?.......Wealthy publishers, Industrialists (see the rise of interest in Ayn Rand), maybe museum docents, those long neglected players.......
Posted by Mark Staff Brandl at 8:51 PM No comments:

Robert Storr: Most theory has little bearing on art

First published October 17, 2009
"People who have real theoretical minds read widely, they read selectively and they read for use."

Robert Storr: Most theory has little bearing on art:The critic and curator speaks to The Art Newspaper, and article by Helen Stoilas.

Robert Storr, US critic, curator and dean of the Yale School of Art, is visiting Frieze Art Fair for the first time, to take part in "Scenes from a Marriage: Have Art and Theory Drifted Apart?", a panel discussion today at 12pm with artist Barbara Bloom and philosophy professor Simon Critchley. He spoke to The Art Newspaper about the role of art theory, and what advice he is giving to his students in today's artistic climate.

The Art Newspaper: The topic of the Frieze panel is "Have Art and Theory Drifted Apart?" What are your thoughts?

Robert Storr: I'm not sure that art and theory were ever that close to begin with. There are some artists who read theory seriously but not all that many. And some of the theoretical writing that was done about artists was very important, but what people now call theory is a vast field and a relatively small amount of it bears directly on art, or at least on art production.

Mr. Storr makes some poignant points in this interview beyond discussion of the relevance of art theory to art practice. Perhaps, for the working artist, theory is always a work in progress, integral with vision. The eye is nothing without the brain, and questions are almost always more interesting than the dogma of answers. Storr's comments about youth and late bloomers are of particular relevance in cities like Chicago, where most artists will work an entire career with little or no critical or market acclaim. Ten such Chicago artists will participate in a one day only studio exhibition on Nov. 8. See details at www.brucethorn.com/news/
Posted by Mark Staff Brandl at 8:49 PM No comments:

Painting Installation in Switzerland, My Metaphor(m), My Meninas

You are invited to the "und09" exhibition and opening

I, MSB, have a 15 meter long, 4 meter high "Panels" Painting-Installation in the exhibition.

www.und-art.ch
Posted by Mark Staff Brandl at 8:45 PM No comments:

Tony Isabella: Review of 'The State of Jones' Tony Isabella, a renowned comic professional, does book and comic reviews on the website World Famous Comics. Here is a great, short and sweet one of a startling book.

"After listening to one of the authors on "The Daily Show With Jon Stewart," I requested The State of Jones: The Small Southern County That Seceded from the Confederacy by Sally Jenkins and John Stauffer [Doubleday; $27.50] from my library. The book is a fascinating and frequently horrifying account of the outnumbered, under-supplied Mississippi unionists defying the wealthy slave-owners who launched the American civil war to preserve their lavish lifestyles and their "right" to enslave other human beings. It's also the story of the heroic, remarkable Newton Knight and his two families, one white, one black.

This is a page turner, though the chronicles of brutality (on both sides of the conflict) and atrocities (more on the Confederate side) often forced me away from the book. At least when I was in school - and that was before and not long after the Civil Rights Act became law - our history books glossed over the darkest parts of this story. I never knew the Confederate leaders plundered the families of the poor soldiers pressed into fighting for a cause not their own or that those Southerners who sided with the Union were subjected to even worse treatment. I never knew that the racism of Andrew Johnson and the weariness of Ulysses S. Grant allowed these same Confederate monsters to reclaim their power shortly after the war and continue subjugating the poor. Sadly, the reality of the common man blindly following leaders who constantly act against his best interests is all too familiar to me. I see its like whenever the ignorant scream their Faux News talking points at "tea parties" and town hall meetings.

If I were a history teacher, The State of Jones would be required reading for my students. It's an exceptional work of non-fiction and, as such, it earns the full five Tonys."

Read more of his reviews here.
Posted by Mark Staff Brandl at 8:38 PM No comments: Go here for the card! (The page dynamically draws a new Bingo! card when loaded. You must enable you browser's JavaScript feature to see the card.)
Posted by Mark Staff Brandl at 8:35 PM No comments: 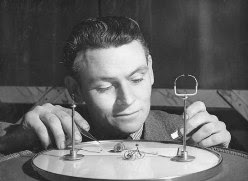 I have yet another idea for a new term I would like to add to the artworld discourse. After CC (Consensus Correct), PoPoMo, Pintophobia, Feeble Painting and the others, I now suggest "Art Circus Fleas." This is a term for all those perennial members of every huge artworld spectaclist event: Maurizio Cattelan, Ugo Rondinone, Rirkrit Tiravanija, Wolfgang Tillmanns, etc. etc. etc. The top o' the pops "every show's gotta have em," well-trained purveyors of cute ideas for trendy consumption. The artworld's equivalent of a minor sideshow attraction asking for great attention. Feel free to add names of your choosing to the list of Art Circus Fleas!
Posted by Mark Staff Brandl at 8:30 PM No comments:


Tom and Pauline of BALCONYTV.COM interview Little Steven (Van Zandt), the American musician, songwriter, arranger, record producer, actor, and radio disc jockey, who is best known as a member of Bruce Springsteen's E Street Band and his smash hit radio and podcast program The Underground Garage. They discuss his record label Wicked Cool Records, his program, the crisis of craft in music and the future of Rock.
Posted by Mark Staff Brandl at 8:29 PM No comments:

A video about what is probably the last full comic to be done by my mentor and art master, comic artist Gene Colan. A comic done in uninked pencils. Amazing from an 80-plus year-old genius.

Posted by Mark Staff Brandl at 8:27 PM No comments: To read his posts go here.
Posted by Mark Staff Brandl at 8:21 PM No comments: