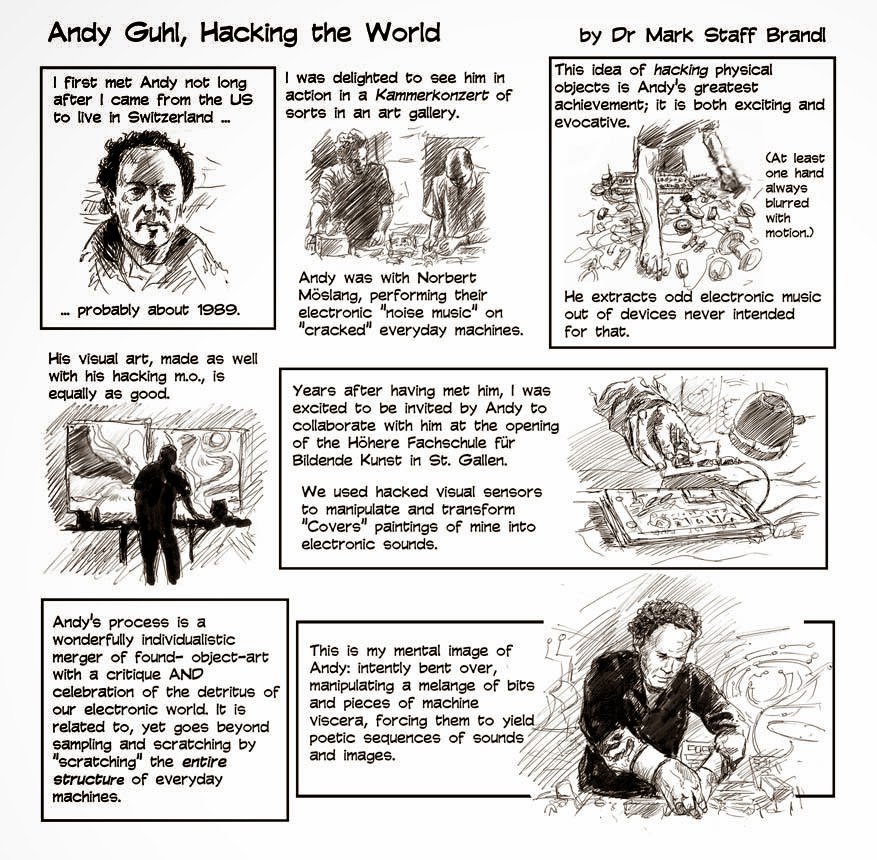 
Posted by Mark Staff Brandl at 9:33 PM No comments:

Shut Up and Paint, the Theme Song Print, Brandl and The Handcuffs

This is a small image of the 70 x 50 cm print for my theme song. The theme song, Shut Up and Paint,  is included in the center bottom as a CD or flex-disc. It was written and performed by Brad Elvis and Chloe Orwell, The Handcuffs, and is available here. 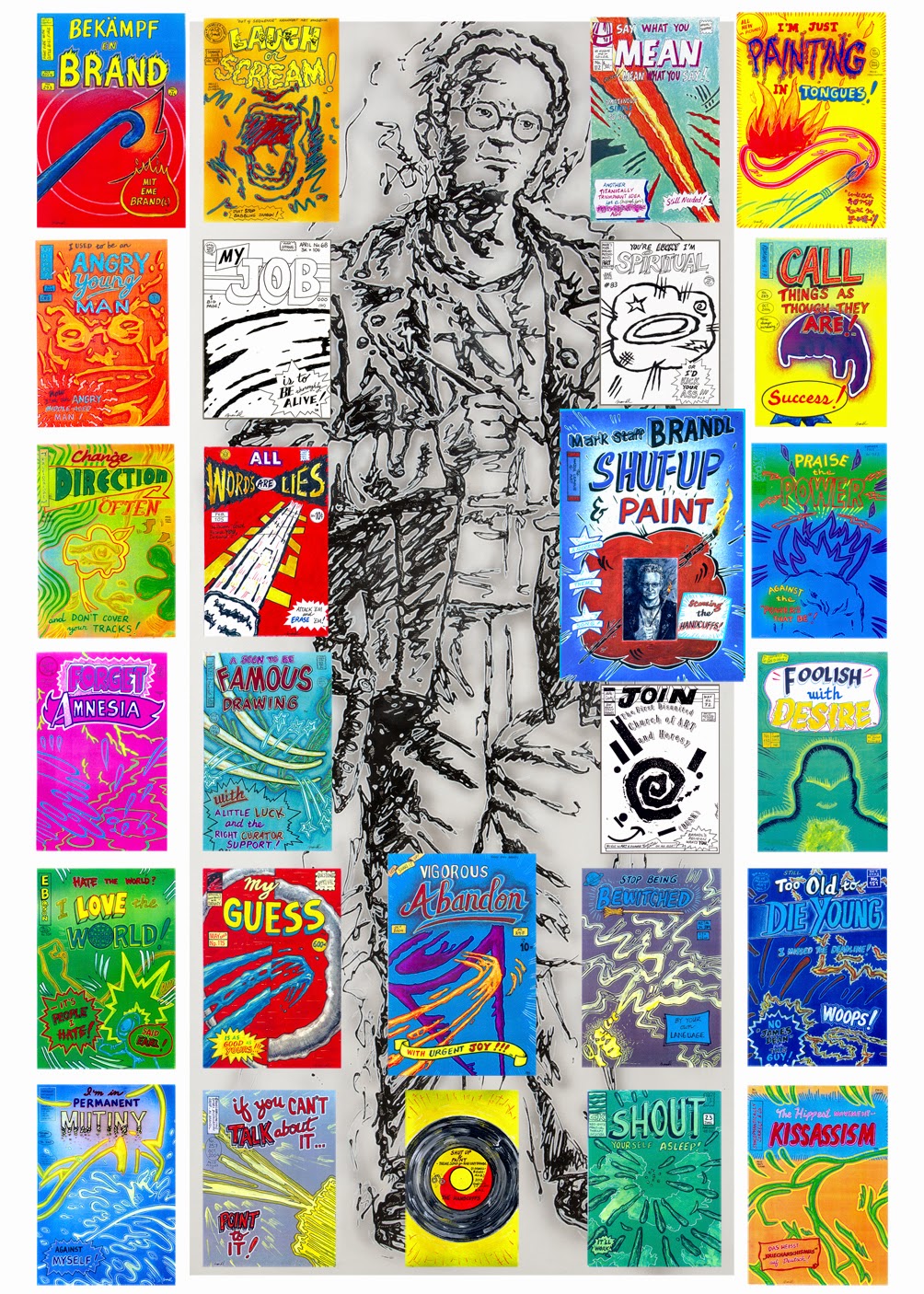 Posted by Mark Staff Brandl at 8:06 AM No comments:

Models are Not Master Narratives 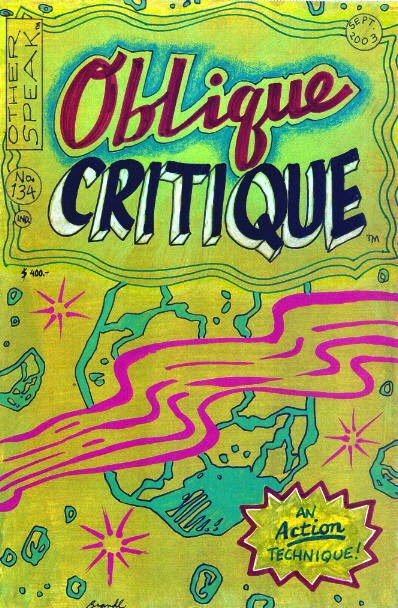 Rather than ask again: what is a trope? I prefer to
ask the pragmatic question: what is it that we want
our tropes to do for us?
—Harold Bloom1

If a new metaphor enters the conceptual system
that we base our actions on, it will alter that
conceptual system and the perceptions and actions
that the system gives rise to. Much of cultural
change arises from the introduction of new
metaphorical concepts and the loss of old ones.
—George Lakoff and Mark Johnson2

What are master narratives? They are all-enveloping stories, (usually single strand or monogenic as Christian Doelker refers to them), which in a rather straight-forward (appearing) fashion try to relate a series of events which offer a comprehensive explanation of historical or philosophical events or knowledge. A master narrative is a grand story that 'masters' (dominates) other stories by either absorbing them or ignoring them. The basic notion was seemingly first suggested, as we now use it, by Jean-François Lyotard in 1979.
What is the problem with them? Explaining all the aspects of the problems and abuses resulting from master narratives, or dominant discourses as they have also been termed, has been much of livelihood of postmodern critics. In short, they often delimit thought, sustain oppressive systems and purport to be the truth, allowing no exceptions. On the other hand, what has been the problem with the stringent critique of master narratives? It has sometimes lead the less inventive to fall into the simple nihilism of "I give up."

In the name of "decentering the discourse" or the like, some art historians, for example, do nothing innovative, allowing their fear of potential incorrectness to lead them into a far worse scenario, a decent into a Consensus-Correct yet unproductive morass of avoidance. Yes, thank God, the wide acceptance of the Western canon as self-evidently universal (even in non-Western regions) is over; yet just when it should be significantly enlarged, it can instead become a shrunken paucity of visual-aids to solipsistic fear. Heuristically, such a vision of art history is then clearly useless.

What is a Model?

Models are provisional representations of complex circumstances. Conceptual models are concepts, images of some complexity mocking-up real world states of affairs in a fashion that helps us analyze those affairs, especially relationships among them. A model at best is testable, self-questioning, and suggests new insights. A good model forms the foundation for discussions of the concepts involved.
It is vital to stress that a model is not the real world but merely a human construct to help us better understand real world experiences. The map is not the landscape, yet it can help us appreciate various aspects of the landscape as we walk through it. The best models are clearly open to critique and suggest their own fallibility, while still serving as significant instruments of thought. We all use models, whether consciously or not. Being conscious of them and attempting to improve them assists in stopping any slide into master narrative.
Some examples of models: imagining electrons orbiting the nucleus of an atom as similar to planets orbiting a sun; flowcharts of boxes and arrows seen as representing actions in a series; mathematical structures such as groups, fields, graphs, or even the universes of set theory to visualize mathematical logic; and so on. Clearly, most models are metaphors or combinations of tropes.

Scientific, philosophical and theoretical models are all about discussion and include the expressed aim of improving each model continuously, in a kind of calculus of thought.

In my Phd dissertation and many articles on this site, I discuss my theory of central trope, or metaphor(m). As one aspect of that, I asked myself what a model of art history itself could look like if I treated the standard timeline as an artwork of sorts, and attempted to create a new one which would embody a central trope incorporating a contemporary conception of history while retaining heuristic use as a learning device. I was not aiming to utterly dismiss the timeline in dispair, as some have done. In a dialogical fashion I was answering back to the calls of the models of art history now in use, trying to improve upon them by shaping a new and better trope for understanding the discipline. I, along with John Perreault, developed a model of art history as a frayed, braided rope. More about this in a future article.

What do we want our tropes to do for us, as Bloom asks? We want our tropes to change the way we think. Through such alteration, we want them to offer us understanding, to help us comprehend the world of our experience, and even, perhaps, to assist us in changing that world. This is a large demand, but we should face it in all its hubris, self-contradiction, impossibility and wonder, and not evade it in cloying irony or other self-debasement. All the creative arts introduce new metaphorical concepts or surprising re-readings of older ones. This is primarily accomplished by creators through their metaphoric use of elements of the physical world, their materials, methods and formats: their metaphor(m)s, their central tropes.

As can be seen, models are not master narratives. Not in form, use, implication or application. The almost paranoid fear of expressing any non-pre-approved analytical conception has made many a weaker contemporary art theorist make this conceptual error of identification between models and master narratives. That is merely a logical mistake. Models are tools of and for thought.