I wrote this in 2006 shortly after Charles's untimely death. 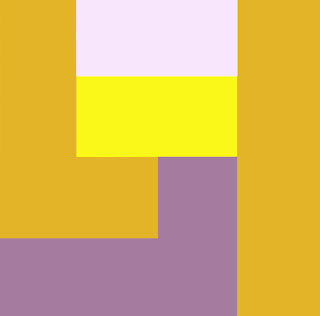 Charles Boetschi, 48, painter, died of a heart attack on April 4 in Thurgovia, Switzerland.

Boetschi was -- is --- one of the best artists I have ever encountered. Certainly the best working within, with and against the geometric tradition. I switched from the past tense to the present there, for when discussing artists as artists that is the correct tense in the English language and I agree. They may be gone as people, but their work lives on.

Boetschi's acrylic paintings combine rigorous, gridded geometric compositions formed of rectangular "color units," as the artist referred to them, with remarkably eccentric and purposefully associative choices of hue, creating a decidedly postmodern and personal extension of Minimalism. He had an exotic life history, being born in Calcutta of an ex-patriot Swiss father and English mother, raised in Hong Kong and Japan, and studying art in New York City and Basel. A speaker of English, German, Swissgerman and Japanese, Boetschi began his art career by winning the illustrious Eidgenössisches Kunststipendium, the top Swiss Federal Art Award. He exhibited widely and internationally, showing regularly at Brigitte Weiss Gallery in Zurich among others. He is survived by his wife Karin Boetschi.


I had reviewed Charles in Art in America, and written about his art elsewhere too. A few of his most recent works can be seen here.

Charles was a good friend of mine. He was healthy, happy, happily married, successful, and truly an upbeat person who believed in art. When it was first suggested to me by my printer, the famous master stone lithographer Urban Stoob, that I go see Boetschi's work, long before I met him, I resisted. I disdain most geo art, finding it over-polite, ornamental yet hypocritical about the fact, boring, petit bourgeois. And Neo-Geo is usually even worse, oh-so-snotty-college-boy with the "correct" references. Illustration of the curatorially correct. I was dragged kicking and screaming to Boetschi's show and my mouth dropped. I loved the paintings! Following that, I got to know the artist as a person and found him wonderful therein as well.

Boetschi's paintings are both idiosyncratic and revelatory. They are idiosyncratic in that they ignore the pressures of current art world fads, but also in their very compositional reasoning. Each work is a subtle and sophisticated combination of tropes critically utilized in a unique way - one which points viewers toward possible personal revelations of vision.

Boetschi displays unadulterated and courageous antithetical awareness. His paintings make clear reference to the minimalism of Donald Judd and earlier geometric abstraction. Nonetheless, he denies and inverts several of their key premises. In his paintings he acknowledges geometric art's tradition, but also shows that he has taken postmodern doubt to heart. Boetschi extends the metaphors of this style, sometimes by "backing-up", sometimes by leaping forward. He paints, a method Judd abandoned to go into a three-dimensional form between painting and sculpture, which he termed the "specific object." Yet, Boetschi's surfaces are immaculately smooth. The only evidence of the object being hand-painted are the infinitesimally raised edges due to paint thickness where fields of color meet. The choices of hue are unique and playful, not pedantically balanced as in art concret. The materials are traditional, unlike Judd's work. The artist forswears both the utopian aspirations of hard-edged purist painting and the Dada-fathered theatricality of presence in Minimalism. Therein, he is able to regain something important with early geometric painters such as Piet Mondrian, yet scorned by Postmodernists - striving after integrity.

Yes, Charles was not afraid of the "i" word --- integrity; and not of the "s" word, sincerity, either. I, you and art are the richer for it. In the face of such a short life, in the face of death, I praise God for what Charles did.

You little career lap dog quasi-artists out there --- if you dropped dead this moment do you think anyone would care that your illustrations of pedantic artworld trivia even exist? Change now. Think for yourself. Do what YOU believe in. As Charles Boetschi did.