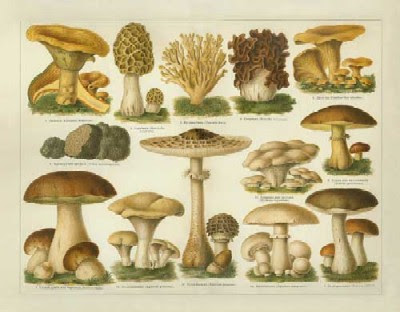 In an attempt to avoid putting to much junk down the drain I have gotten into the habit of washing my brushes and stuff in a little water filled pail which, when it gets too disgusting, is poured into an old container or can; whatever is convenient. Depending on the season and the humidity level, either the water evaporates and I can put the residue in the trash bin, or the whole thing starts to rot and stink. Which of course raises the internal, eternal(?) debate of self comfort versus idealism.

A few years ago my “mixture” rotted, dried up, rotted some more, dried up again and really became beautiful both in color and texture. I made a silicon mold ;-) of it with the thought of making a little bronze relief souvenir,.. or something, which I sadly admit, I have yet to do.

All that to not explain my basic happiness at looking at the pictures from we make money not art's post about Michel Blaz's Post Patman installation at the Palais de Tokyo. Hope I can make it there in April!

From Rattlebrained.
Posted by Site Editor at 3:28 PM