The Museum of Modern Art, Oxford, England is to show a 100 paintings by Saatchi ’star’ Stella Vine. This is my response to her interview in U.K. broadsheet The Observer newspaper where she was afforded two pages of coverage. 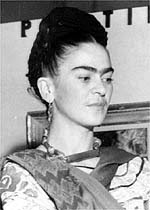 I once saw a couple of Vine's paintings in a Stuckist show in the East End of London apparently the same one where Don Saatchi 'discovered' her. The Observer feature reproduced a family painting in its feature and mentioned that portraits of the Ipswich prostitutes would also be in the show. Sadly more of the reporter's questions concentrated on Ms. Vine's abusive or not-abusive past ( a la Emin) than on the work...indeed one felt for the interviewee as almost all comment on the formal structure of her work was negated in pursuit of 'good copy'. Trying to separate a fairly ordinary painter from the hype is difficult but it increasingly appears that Saatchi has given this particular 'Fair Lady' the Rex Harrison makeover. My objection is that because of his power he can do this to virtually any artist (maybe this was an artworld insiders bet?) and the laughable 'art-world' we now left with post Saatchi falls into place behind like a herd of lapdogs to praise her 'ability'...

The Museum of Modern Art Oxford was one of the best new galleries in the country in the late 1970's and early 1980's showing a range of work..Rodchencko, Mayakovsky, New French Painting that as a young art student I felt priviliged to attend. That standards have slipped this far that its latest director opts for a sensational yet threadbare parade of a troubled individuals amateurism is beyond a joke. Whatever Stella Vine is ...media personality, affable ex-stripper, troubled individual the one thing any fairly art-educated person can say is she is not a painter. So why is an institution like MOMA doing this?

Are they so impressed by her ability they could not resist her charms? No like any Blairite art institution it has scrabbled along with dwindling funding over the last two decades and has learnt to 'sell itself' for the greater good. A coffee bar was the first 'improvement' the new director made and as a son of a government official of such standing he was made an Oxford University College Dean it was no surprise that his improvements were waved through unopposed. Oxford is still a city controlled by a mediaeval and arrogant University system.

So when an opportunity to raise column inches ( note Observer already) who could resist Ms. Vine. Thus a cash starved and publicity-seeking art organisation chases bankrupt art simply because images of Princess Diana and Pete Docherty might 1) draw in public and 2) mention of Saatchi will ring the publicity bells....which it already has.

To attack this art as neglible, badly-painted sensationalist drivel will bring also the wrath of should have known better post-feminist critics who shamefully will do anything for a quick buck and a place in limelight. That Germaine Greer even thinks she can put her name to this show's catalogue shows that not only the artworld is living on a morally bankrupt plateau we have previously only imagined. I do not care if I am labelled a 'anti-feminist' for pointing out their shortcomings for the simple reason that I am not and never will be but I am simply pointing out crap art when I see it and the hordes of univerity hack-feminists dribbling over Tracy Emin will probably produce yet more academic tomes about the 'importance' of this latest 'she-warrior' for the arts. It is complete rubbish. The best female artists are still around they are simply not a party to the Saatchi circus.

If one wants a chilling vision of just how vile the new Saatchi driven artworld is then spend a few minutes watching the flood of inane, amateurish and frankly sexist images that flood his gateway to the stars i.e. Saatchi Gallery online. Born of a belief in 'access for all' it is like a X Factor for bad art. Vote for me, look at me, give me a show the poor fools who subscribe seem to be saying..gimme gimme gimme ....is this present generations mantra and they are being suckered in the same way Barnum spewed out his mantras..you can fool some of the people all of the time.

There is nothing 'good' about any of this. It cheapens the art world - it gives young students a prostitution mantra to do anything to be noticed...'wow factor' the colleges now inculcate any budding artist with from day one of their foundation courses. Don't bother learning to paint or draw you too can be a Stella Vine just make it newsworthy...prostitutes, murderers, rapists..then tell people it post-feminist investigation....bollocks.

It is pathetic both as an intellectual idea and as actual art. All you need as a female artist is to confront the dragons of the patriarchy and you too can be Saint Joan of Art, or Stella or Tracy. Meanwhile the power remains clenched firmly in the abusers fist. After Saatchi a host of charlatan dealers swarmed around the disorientated Ms.Vine and made cheap deals like a pack of internet groomers. Meaning is lost in this kind of vacuous society. Art values are destroyed. Who is top of the heap is determined by people who know nothing about the intrinsic values of art but only commerce and making insider bets to increase their standing. How many of those dealers were women one wonders...?

As art the show at MOMA will be amongst the very worst that poor institution has displayed in its history. It is perhaps the final nail in a downward slide in the art-world in general that has sold itself for a handful of silver. Our magazines, our websites, our galleries are tainted and we are the poorer....cheap trash is IN buddy!! so dumb down and wallow in the mire...capitalism stuffs the revolutionaries mouths with silver before the corpses are cold...

Does this matter?Yes, a country and a society that sells itself like a cheap stripper is demeaned. I visited Valencia in Spain last week and the difference in overall attitude, funding, and most importantly erudite discussion of art was so marked as to be shocking.
The Spanish system has in inate understanding of the intrinsic merit of artists and what they produce. It does not abuse its artists or treat them like call girls and strippers (male or female). The sexist agenda at work here is strengthened by tawdry and sensationalist shows like this. Women are once again the victims of a system that is patrimonial. I did not see a single female artist accorded such treatment in Spain.

I despise our present greedy, neurotic, ill-educated, sexist and arrogant yet impoverished system. It is time true values were once again brought back to be top of the agenda. Call me rightist etc etc but when the BFI is collapsing and a commentator in the same paper can lament the fact that after a 10 fold increase in funding the film industry is collapsing perhaps it time to point out that despite 6 billion in arts funding we have more artists than ever, more galleries than ever, more publicity than ever...and guess what... 90% of it is all shite.

p.s. In Valencia I saw a show of photographs of Frida Khalo......she was strong, talented and a beacon of light throughout her life right to her death-bed....Vine and Emin are nowhere near...Khalo did not need a Saatchi to become famous and she would probably have spat in his face...if only people like that were feted..but Saatchi likes to pick artists that cannot fight back...