Steve Litsios: ‘Art’ Unlimited, from the Battle to the Consensus 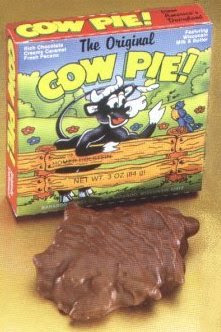 I just had to laugh: a lottery had been organized in a nearby town at the soccer field which had been divided into 4000 lots. Two cows were set free and the winner was the owner of the lot that received the first cowpie.

What would have happen if both cows had discharged their waste matter at the same time? One can only wonder. This little newspaper conveyed tidbit was titled “The dumbest game of the year”, probably because of the only cited comment by a spectator: “Still, it's really dumb to come to the soccer field to watch a cow!”.

And yet with Basel Art the main event of that same weekend my mind couldn't help but to consider what a fine work of art the lottery, cows and soccer field would have made both symbolically and visually.
The field, with it's 4000 square grid, the cows messing up the chalk, the crowd, the hope and desire, the opportunity of the cowpie...

Basel Art: I am forced to admit here that I didn't go even if I could almost think I did the Swiss media having bombarded us with a unheard of quantity of pictures and superlatives for over two weeks proceeding the event, not to mention during. Certainly as an artist I should have gone and fed my soul with what was acclaimed as the world's best art, and yet...

Interestingly, Monday's (June 18th 2007) paper had an article by Laurent Wolf, a culture critic with the Swiss daily Le Temps and an often subtle observer of culture and society, in which he questions the artistic stakes of the fair and states his feeling of art being at the end/beginning of a cycle. An interesting read if you know French, I don't no how long it will remain available:
Art Basel: from the battle to the consensus (my translation).

For those who do not speak French the subtitle pretty much sums it up:

"During one week, the 38th fair of Basel and its satellites brushed the portrait of a pacified contemporary art which no longer believes in its absolute power and has replaced changing the world with contemplation."

Starting with the fair's statistics, he mentions the expenses the art merchants has to participate and asks: “For them, the economic venture is considerable, but what about the artistic consequences?” and then writes:

“Art Basel and its Satellite fairs are the reflection of the world artistic production dealt with by sufficiently rich intermediaries to enter the international market.” commenting that only Africa (honored by the Venice biennale) was under represented “... Otherwise, there is no rupture with what is visible with this Biennial or the Documenta of Kassel, Art Basel now has a position of prescriber”.

Explaining in what ways today's art world differs from the fair's first edition thirty-eight years ago when Venice and Kassel were the only places of world exposure and the market was divided by region, he describes the artistic landscape then as a battlefield between “art such as one still conceived it with leaving the Second World war and that of a new generation which made fire of all wood, shocking performances, broke and crushed objects or machines, and engulfed on new visual technologies with greed”. And how painting paid the price of this battle.

This is no longer the case it would seem since: “It's been a long time since there has been so much painting shown and never has the relationship between the paintings and the other modes of expression appeared so obvious and peaceful One explores the same topics, uses the same motifs ... Apparently, in art like elsewhere, it is no longer question of changing the world but to look it such as it is, to interpret it sometimes with a little revolt, more often with panic or even a peel of melancholy. Art did not become completely consensual, it ceased being aggressive. As if the artists no longer dared to say that they hold the truth (those still fighting are rare, perhaps that makes them all the more valuable and perhaps they belong to the past)”.

The article ends by describing the cycles within art history which the author feels are at their end: that of the conflict between the artists and their silent partners which started in the second half of the XIXth century with the Salon des Refusés - that of the technical innovations which started at the beginning of the 20th century - the bursting of artistic modes of expression these last fifty years, and a long cycle which covers them all: the belief in the power of art and artists.

“What will replace this vision? The 38th edition of Art Basel does not bring an answer, except that of the beginning of a new cycle.”