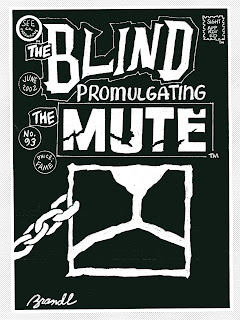 
The essential claim of Sophistry is that the actual validity of an argument is irrelevant (even non-existent); it is only the ruling of the audience which matters --- and often only the ruling of a "chosen" audience of fellow-believers. Thus any position ruled true by these "judges" must be considered literally correct, even if it was arrived at by naked pandering to prejudices, or even by bribery or by coercion. Critics such as Socrates have, of course, argued that this claim relies on a straw man caricature of logical discourse and is, in fact, a self-justifying act of sophistry.

Sophists claim there is no reason to search for or even desire such things as quality, truth, analysis, criticality, social justice, etc. In fact, they claim that there is no real knowledge, yet they historically insist on teaching this very "fact" of know-nothing-ism, producing students who excel in memorization, performance, and what we nowadays call yuppie-career-development. Socrates criticized them, noting that they are not concerned to know and teach the way anything might really stand, but only to prevail over others, merely to win, without provoking their listeners to desire anything of importance. Sophists, according to him, are not only ignorant of the essential nature of the phenomena they profess to teach, they practice deception.

In a parallel manner, many of the "powerful" in the artworld of today, even artists themselves, make no claim to any actual desire for anything beyond a rather bovine, suburban, view of career success and are happy to teach this and promote it and themselves in universities, museums, Kunsthallen, exhibitions, biennials and the like. One prominent European curator and art school director has even openly claimed his position as a complete Sophist. Most others in similar positions would deny it, but practice it, which is Sophistry at its most conformist.

Thus Neo-Sophistry is the newest form of an age-old erroneous and self-serving belief, often born of a very middlebrow envy of creativity, deeper intellectual thought or vital desire.

Ask yourself, why are you in this fight? Are you an artist or critic or curator simply because you were too incompetent to be a success in a "real" career such as banking or popular music or novel-writing or...?
I don't think so.

Weren't you actually CALLED to art in some way, by someone? Think back. Duchamp said that that he wanted to be the "champion of the world or champion of something" yet denied easy success at every turn. He eventually claimed (fallaciously it later was revealed ) to have renounced his vocation. Explaining this retreat to his patron Katherine Drier, he wrote: "Don't see any pessimism in my decisions; they are only a way toward beatitude."

Do not be conformed to this world of Neo-Sophistry, but be transformed by the renewing of your mind. Confidence in your calling is your source, not hypocrisy or careerism. These are false gods.

Neo-Sophistry in art leads to the blind promulgating the mute.