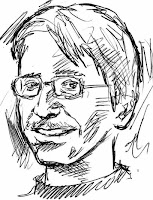 David Lodge and the Art-and-Reality Novel
by Daniel Ammann

Heidelberg: Carl Winter Universitatsverlag, 1991, xii + 172 pp., DM 70.00 cloth, DM 42.00 paper.
Capitalized "Theory" has been having a dramatic impact on the practical creative activities of artists,  both visual and verbal. Or at least on our discussions. One instance of this is renowned postmodern Neo-Geo painter and critic Peter Halley's statement in a recent interview that he "really can't read pure philosophy. My entire interest is in critical theory" (Flash Art, January, 1990).

As a practicing artist myself, I must admit that I am of the opposite bent, generally reading only "pure  philosophy," since "theorizing" all too often seems only large generalizations muddily reflecting philosophy, yet seldom backed by close observation or reading.

Nonetheless, in the contemporary soirees of artist and writer meetings in bars, art fairs, or the like, the discussions revolve around Theory – that is, linking  or opposing one's works to each current wave of Theory, be it structuralism, poststructuralism, deconstruction, or whatever. This makes the question of  how such Theory affects artists more philosophically interesting than Theory itself-and one question seldom directly addressed.
Daniel Ammann approaches this issue head-on in his study of the work of British novelist and critic David Lodge. While writing in English, Ammann is Swiss. Switzerland, the birthplace of structuralism, is also half-way between deconstructionist France and  hermeneutical/reader-response Germany, and affected by both. Additionally, Lodge is an excellent case in point; he is active and prominent in the dual roles of novelist and critic. His critical endeavors have profiled discussions of the ideas of prominent contemporary theorists such as Baudrillard, Bakhtin and Foucault.  Specifically, Lodge has edited two highly influential collections of important source articles by the big names in Theory: Modern Criticism and Theory: A  Reader (London and New York: Longman, 1988), and 20th Century Literary Criticism: A Reader (London: Longman, 1972). For these compilations he supplied introductory notes to each article, which often give clearer explication of the anthologized  authors' notions than the articles themselves. Hence, through these works and his articles he has served as a  medium bringing Theory to the people-that is, certain people: authors and artists.

In his own fiction Lodge is at first glance a clear naturalist. The anti-modernist fiction of Graham Greene is his self-acknowledged chief and obvious influence. Given this surface realism, Lodge's critical interest in verbal allusiveness, intertextuality, and other notions  of the broken text from recent poststructuralist popular theory seems incongruous. However, in his novels Lodge attempts such a joining-occasionally successfully, at other times not. How he strives to perform such a shotgun wedding, and why, is the brunt of Ammann's text, and the point of interest for philosophers and artists.

Ammann's book applies Lodge's critical concepts and conceits to the author's own fictional writing, and thereby treads a path into the thorny underbrush of Theory and its application. Are these two as incompatible as most literary critics have been alleging, or as indivisible as most art critics maintain? As the second half of its title illustrates, this treatise deals with art-and-reality, or more correctly, their linkage in the novel. A large term deserving of quotation marks, "art-and-reality" is approached by Ammann in a three-fold discussion. The first five chapters comprise section one, "Art Imitates Life"; the next four chapters constitute section two, "Art Imitates Art"; and the remaining five chapters make up, in a "cheerful symmetry," section three, "Life Imitates Art."

Part one is aimed exclusively at showing that Lodge's novels in fact do contain overt intertextual self-awareness. While the least interesting section from the standpoint I have outlined, in it Ammann rather masterfully and succinctly proves this. By creating what Ammann characterizes as "heightened realisms" (p. 37), Lodge pushes the traditional "readerly " text into the realm of modernist (and occasionally postmodernist) aesthetics of representation. In several discerning passages, Ammann shows that both as novelist and critic Lodge has maintained a central commitment to "language at work." This is the bridge between theory and practice that artists in general must endlessly traverse, and which is developed in the following two sections.

The second section of the book begins by naming and briefly capsulizing various forms of intertextuality such as allusion, quotation, pastiche, and parody. While covering no new ground, Ammann offers concise explanations, verging on reappraisals of these techniques. Interestingly, he discusses them from the standpoint of an author's conscious use – intention – not the recent passive construction of "the workings of a text." Most valuable, although brief, are Ammann's suggestive observations on the existence of "embedded criticism" in the structure of artworks (pp. 68-72). Principally he discusses how a text may, through parody and pastiche, intertextually both honor and question the tradition in which it stands. This grouping of chapters concludes by exploring and assessing Lodge's rather surprising use of extended subtexts, such as the Grail Legend in Small World. Here Ammann presents Lodge in the guise of something like an inverted James Joyce. Greene and Joyce – a strange pairing of influences, but Ammann gives a clear, and I think accurate, account of this dynamic.

The most intriguing discussions occur in the third and final division of the book. Ammann shows how Lodge's characters develop from literary association  to the actual re-enactment of literature in life in his most recent works. Lodge is presented in this treatment as a realist, who naturalistically describes the fact of intertextual life. This is a novel and illuminating appraisal of an odd strategy to unite the tensely polar elements of Lodge's thinking. As Ammann says of this approach, the author believes that "the immediacy of experience is constantly interfered with by perceptive patterns and conceptualizations from literary texts. Fiction, then, while it successfully defamiliarizes what we have become habituated to, also prepares us for, and thus weakens, the intensity  of new experiences by verbal anticipation" (personal  communication).

This necessarily melancholic assessment explains what a fusion of art practice and interest in (perhaps paranoia about) Theory yields in much contemporary production – mannerism. And Ammann shows that in Lodge's novels this neo-mannerism like its precursor can have its own Pontormoesque delights, albeit  attenuated and a bit forced.
Posted by Mark Staff Brandl at 8:21 PM