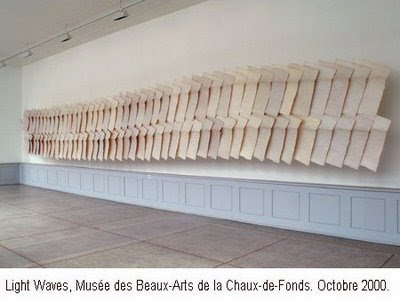 Born in 1959 near Boston, raised in Washington DC, Steve Litsios moved to Switzerland with his family in 1967. He studied art for a couple of years at Geneva's ecole d'arts appliqués before attending the San Francisco Art Institute in the late 70's, then moved back to Switzerland where he has been active internationally as an artist since 1983. He lives in the city of La Chaux-de-Fonds and can be found playing the washboard with The Crawfish Blues Band.

Brian Sherwin: Steve, Mark Staff Brandl introduced me to your work. I understand that you have exhibited with Mark in the past. Have the two of you ever thought about collaborating? Have you? Is that something that you would consider?

Steve Litsios: We collaborated two years ago. I was in a group show at the Musée d'Art et d'Histoire in Neuchâtel in which each artist was asked to invite someone of their choice, and since I was interested in working with Mark I asked him if he wanted to participate.